Home > Blog > From the Field > In Defense of Excuses – Paige Claassen

Sure, I’ll whine like the best of ‘em. I’m weak, my skin is thin, I’m tired, I’m sick of falling off this same stupid move over and over. The line between excuses and whining is admittingly thin and blurry. It’s when our whining turns into the reason we didn’t send that an excuse bares its nasty teeth. An excuse is an invented or exaggerated external force for which we blame our shortcomings. These may include, but are not limited to:

Excuses can be real, and sometimes even valid. But rarely is the excuse we make the true reason we aren’t crushing the gnar. As climbers, poor conditions are our greatest fallback. If we don’t send, it’s because of the temperature, or the humidity, or the lack of wind, or the overnight low that was too high. But I’ve sent a few projects in less than ideal conditions, and so I’ve convinced myself that most excuses are unacceptable. Climbing involves so many variables, it’s nearly impossible for everything outside of our control to line up at the very moment when we manage to get our controllable ducks in a row. So, we might as well just buck up, try hard, and give it our best shot, regardless of how the air has chosen to act for the day.

This is what I believed. It’s still pretty much what I believe. But I have a new theory, and I’m almost afraid to say it out loud.

In certain cases, excuses may be beneficial to our climbing performance.

Now, back up. An excuse will never actually help us climb harder, use our feet more wisely, stave off the pump, or just plain not-screw-it-up-when-everything-was-going-so-well-and-what-could-have-possibly-gone-wrong. And for goodness sake, our excuses must not put a damper on anyone else’s lovely day at the crag. But it recently dawned on me that an excuse could be helpful to preserve mental sanity.

More often that not, my confidence takes a serious beating when I’m working on something at or beyond my ability level. I have harsh expectations of myself, based on years of experience with my own performance as a climber. Whether those expectations are realistic or not, deep down I know what I’m capable of, and if my efforts fall short, I’m disappointed. Ask around, and you won’t hear a single climber say they sent a project while wallowing in the emotional state of disappointment. Typically, my frustration has to evolve into some sort of self-acceptance, or I have to reassess the value of my struggle before I arrive at a mindset fit for sending. I have to be fired up. I have to really want it. And when I’m disappointed, I’m not really wanting it in quite the right way. 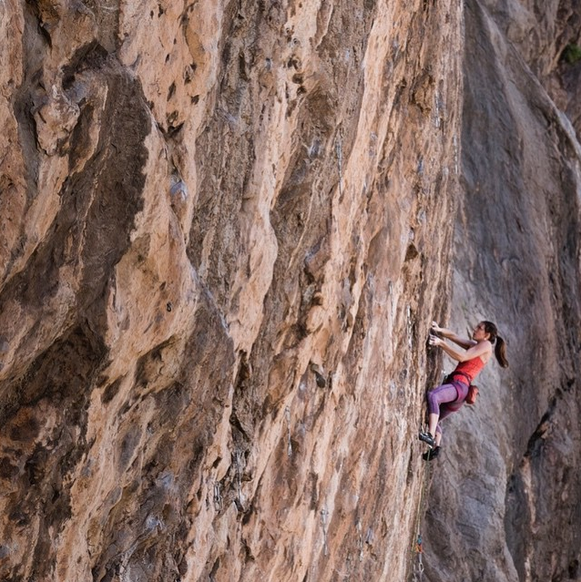 My blame always goes straight to myself. What am I doing wrong? Why am I getting so frustrated withmyself? Why am I not trying harder? But these questions often just fuel my frustration, as they did the past two months in the VRG. What if I allowed myself to say, ‘I’m doing everything right, I’m trying as hard as I possibly can, but it’s 85 degrees and still when I need it to be 55 and windy’?

Maybe I should have said that on day one, when Arjan and I walked up to the Blasphemy Wall only to find conditions suitable for a lovely Sunday picnic. Good conditions in the VRG typically mean miserable winds. We didn’t spend a single miserable day up there this spring. Maybe that will be my excuse, it wasn’t miserable enough so I couldn’t send. There may as well have been butterflies and unicorns flitting around up there this season. 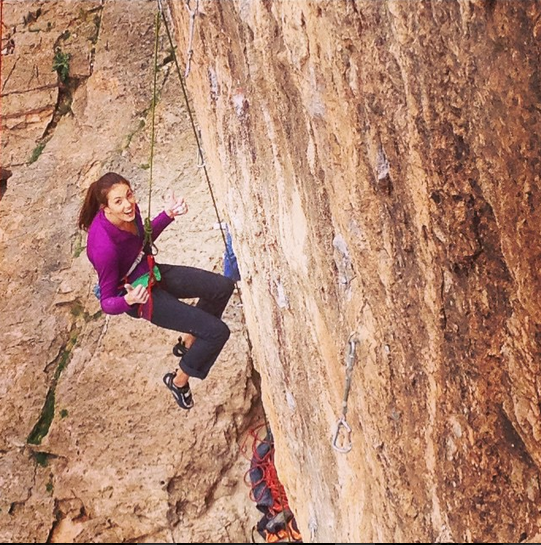 But then, if I’d given up before I started, I wouldn’t have grown so fond of one of America’s most historic sport routes, a rare limestone masterpiece (sorry, limestone). I wouldn’t have built six weeks worth of finger strength, or learned the cross-body tension required for the delicate lower moves. If I hadn’t stuck it out, I’d have one less project on the list for the fall (what a shame that would be). I made just enough progress each day to want to keep fighting. And I’m glad I fought. Because excuses or not, struggling on Necessary Evil for six weeks did make me a better climber. Giving myself the benefit of blaming the conditions might have helped my sanity, but Arjan filled the role of sanity stabilizer remarkably well, and I tried to do the same for him as he fought an identical battle on his own project. We did not have the pleasure of a single ‘miserable’ day at the VRG, but we did enjoy many a lovely picnic overlooking I-15.

It was hot. We both should have quit, should have moved on, but we didn’t. And a little part of me enjoyed the struggle even without the send. After all, maybe this is all just an excuse to make an excuse. I think I’ll steer clear of the excuses for just a bit longer.