If you are asked to name a common thread among such diverse pasttimes as sketchy trad climbing, Sunday crossword solving, alpine ice ascents, and prefecting the world's best dirtbag travel kitchen, you are probably: involved in a remarkably unusual conversation, and someone who needs to meet Scott Bennett. 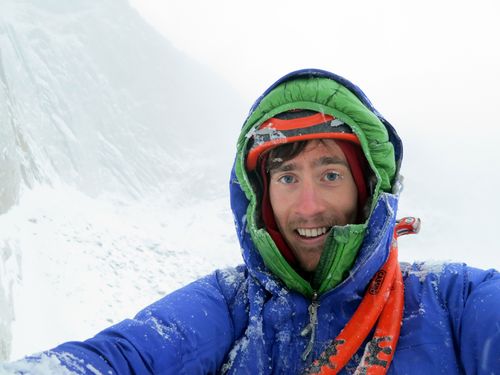 Scott, a 28-year-old with a lanky build and permanent smile, is a CAMP USA athlete who lives in central Colorado and has also worked periodically at our warehouse, where our small crew runs all of CAMP's operations in the USA and Canada. We caught up with Scott to badger him with a few questions about what makes him tick.

What was your start in climbing?

I started climbing indoors with a university club (in Ohio!). We’d go out after class on Fridays to this awesome climbing “gym” in an old silo. The road out there was a rutted farm two-track; when it was too muddy to drive, we’d have to walk the last half mile. I guess that’s where I learned to love long approaches. The only source of power and heat was a gas generator, which I’d have to crank up upon arrival, so in the winter the threat of screaming barfies on the warmups was very real.

Did I mention it was uphill, both ways?

As fun as those “silo days” might have been, I would have never stuck with it this long if it hadn’t been for Professor Karl Sandin, who finally took our ragtag group “outdoor climbing” at the New (WV) and Red (KY) my senior year. After a few weekends, I was smitten by the idea that I could just chill outside ALL DAY, and rather than “lazy”, people would call you “extreme”. That’s pretty much the only reason I still do it.

Do you have a favorite climb or standout route that you consider especially important? 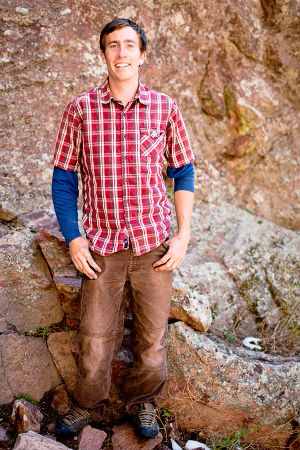 In 2011, Blake Herrington and I hitchhiked out of the town of El Chalten with a rope, a rack, and four days worth of food. We snuck past crazy gauchos, forded a raging stream (and lost an ice axe in the process…), and wandered our way back to the Marconi Glacier along the Southern Patagonian Ice Cap.

This was end of my first season in Patagonia, and we had finally scored a weather window splitter enough to try our main objective. When we finally saw the West Pillar of Cerro Pollone, though, my first thought was “how are we gonna get up to that thing?”. Guarding the obvious line of approach was a field of crevasses, seracs and other… uninviting obstacles. Down to one axe, we opted for the “high sneak”, which meant climbing an adjacent ridge, bivying, rappelling 150m, running across a threatened couloir, and finally reaching the base of our route.

After that, the climbing was straightforward and enjoyable!

Which of our sport's sub-disciplines are drawn to, or not interested in?

I’m drawn to adventurous climbing, whether it’s in the alpine or at the crag. I want a route to take all day, or more. I like to find difficult climbing in amazing places, and to head out with a light pack and big goals.

I enjoy all types of climbing… except the kind where, instead of climbing, you just stand around and spray about climbing.

What training advice would you give yourself, circa 5 years ago?

Five years ago, I was living the dirtbag climber’s dream: the never-ending roadtrip. If I could send my younger self some advice, it’d be “Keep it up!”.

Any hopes or dreams for the next year?

In the next year, I’d like to focus on longer endurance challenges. While I’ve often done big days in the past, I think that more focused training and better nutrition/hydration could allow for much more ambitious objectives.

We've listened to you obsess about food in the past. What's your ideal breakfast if forced to eat the same thing every day in perpetuity?

My ideal everyday breakfast: A big cup of strong, dark coffee; whole wheat toast with honey, and a massive fruit smoothie (with some greens, too!).