We just received this final update from CAMP USA athlete Justin Licther about his ski trip through the high Sierra. 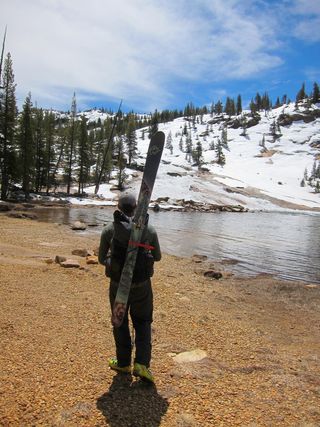 I got back home last night after completing the Sierra Ski Trip. All in all, despite the lack of snow this year, this was a great trip and really good experience to get my gear and systems dialed. In two weeks and well over 250 miles skiing, there was a mixed bag of conditions and terrain to try everything out on. This ranged from walking across dirt patches with our skis on, to hiking in our ski boots, scrambling through house-sized talus with some class 4 and low class 5 moves in ski boots, to actually skiing.

During the past week, the conditions improved greatly for skiing since the majority of the time was spent over 8000 feet elevation. Up high in the lakes basins and heading up to the high passes the conditions were optimal. The skiing was fantastic and the lakes were still frozen, which made for direct lines, good glide, and little side-hilling, not to mention fun, slightly out-of-control downhills. By the last week, my body was feeling good and used to the motions, so an average of about 20 miles per day was not out of the question, including a few 30 mile days. At the beginning of the trip, we were hard pressed to get 15 miles in a day. In the last week, basically following the Pacific Crest Trail/John Muir Trail corridor through the High Sierras, I went over 8 high passes, covered about 130 miles, and broke another camera. I am not sure how but right after the last town stop in Mammoth the camera lens stopped working.


Bummer, but that is the life of a long distance hiker. This is probably the fourth or fifth 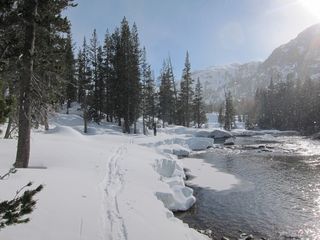 camera that I have had break in the backcountry. Other than the camera breaking, a few big blisters, and a couple of painful bruises on my achilles from the ski boots, the trip was fun and the scenery was amazing. It was great to see the Sierra extra early in the season and fully "Nevada" (Nevada means snowy in Spanish).

A few days ago I even saw bear tracks at 8500 feet elevation. The terrain was completely snow covered still, so I was very surprised to see this so early in the season. I still am wondering what the bear was doing up there since there obviously wasn’t much food yet.

I think that’s all for now. Time to go relax and get some Ben and Jerry’s. 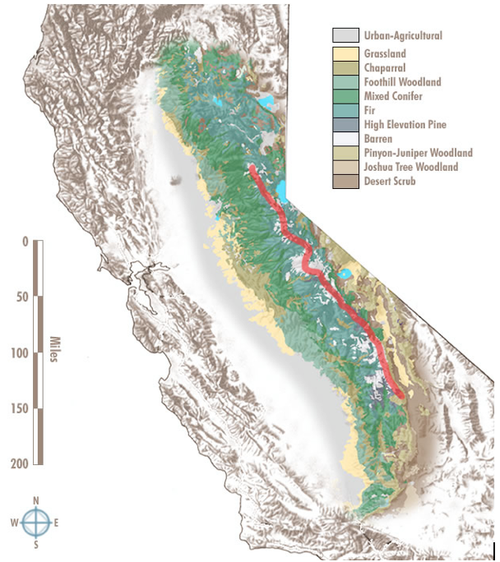