We just got an update from CAMP USA athlete Justin Lichter (AKA Trauma) who is in the midst of a 500-mile ski tour along the corridor of the John Muir Trail. He’s at a resupply stop in Mammoth Lakes, and had this to say about the trip: 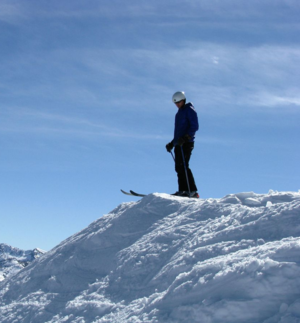 Pepper and I pushed hard yesterday to get to Mammoth Lakes, CA. We are getting organized and resupplying now for the next stretch. We skied into town under headlamps and moonlight in a ~30+ mile day. We camped a few miles south of Tuolomne Meadows in Yosemite the night before and had the most favorable conditions of the entire trip while heading over Donahue Pass and Island Pass. We even had some pretty good turns and corn snow on the descents. For the most part, the snow conditions have been less than optimal. Below 8000 feet elevation it is a mixed bag. We have had to bushwack through thick brush with our skis on our packs, make our way through talus fields with house sized boulders in our ski boots, and hike at least 15 miles of clear, snow-free trail in our ski boots. We should be higher most of the way through the next section, but we have still decided to add the burden of carrying a lightweight pair of shoes just in case.
The first couple of days were chilly and snowy. The weather has now 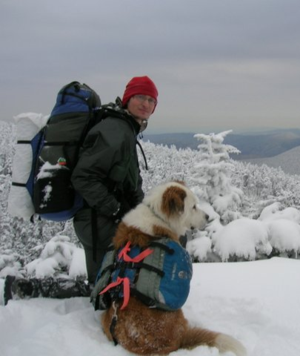 transitioned to full-blow sunshine and intense solar radiation. At times I notice that I am still squinting despite wearing sunglasses. The fords have been cold, with ice often flowing in the rivers, but none too overwhelming. The biggest thing is the lack of snow. At times we are forced to zig-zag around to stay on snow instead of being able to travel a straight line. All in all, the trip is going well. We have covered about 110 miles now and are excited to get into the Sequoia-Kings Canyon National Park tomorrow.