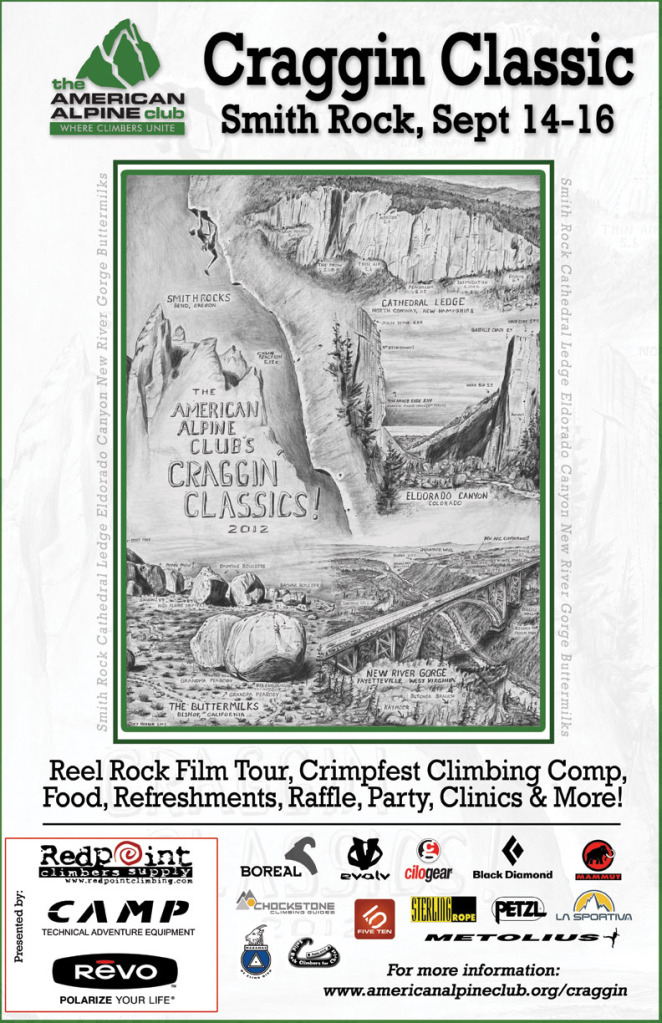 CAMP has stepped up as one of the title sponsors of the AAC Craggin' Classic Smith Rock Crimpfest along with the American Alpine Club and Repoint Climbers Supply. As our major contribution, we are putting up all of the cash for the new 10 Hour Crushfest Comp being held on Sunday, September 16. The format is simple: partners climb as many routes as possible in the 10 hour window and accrue points based on difficulty and other variables. Categories include Elite and Recreational in Men's, Women's, Co-Ed. First and second place teams take home cash prizes up to $700 and gear booty. The cost to enter is $35 per team and this is a donation being split between the Smith Rock Organization and the AAC.

This is the first year the AAC will be running this event following in the footsteps of giants who put on the Smith Rock Detour in the past. We are looking for a baller turnout to help build steam for this awesome event.

So, join us for the festivities, the clinics and find a partner for the comp. It is going to be awesome!