We received the following update from Blake Herrington after he spent time in the North Cascades in August of 2011: 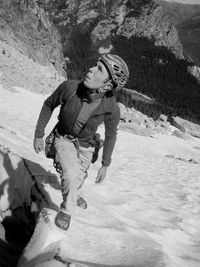 Flip flops have never been my go-to alpine shoe. But when our climb featured some of the Cascades' hardest free climbing (yet shortest approaches), they suddenly made sense as the day's footwear. As long as I could manage the final approach snowfield in shower sandals, we'd benefit from lightweight footwear in the pack as myself and friend Scott Bennett vied for a free ascent of Thin Red Line.

For me, these mountain adventures may entail long, circuitous hikes, and occasionally even some obscure, moderate climbing. After a spate of long hikes and a few short climbs last summer, my "Miles-to-Pitches" (MtP) ratio was becoming dangerously high. I decided to do something about this worrisome trend by attempting one of the Pacific Northwest's biggest and most iconic walls, the East Face of Liberty Bell Spire. The Thin Red Line route was climbed as grade VI aid wall from its first ascent in 1967 to its first free ascent in 2008 by granite guru Mikey Schaefer. Since then it has likely seen one free ascent each summer, so 2011 was our turn. 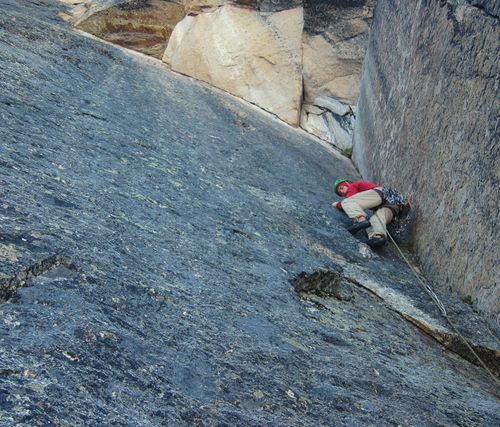 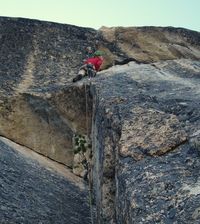 It might be because my feet stink, or maybe I just wear my approach shoes until they are
falling apart, but when I can get away with it, I enjoy doing approaches in flip flops. They
are breathable and lighter to carry on route (stick them in your pocket for climbs like the Naked edge or stuff on the Chief in Squamish). I have made the unofficial FFFAA (First Flip Flop Approached Ascents) of several memorable routes, and was keen to raise the bar by attempting Thin Red Line in this, the purest of styles. Since we'd be descending the opposite side of the spire from our route, we were concerned about a pack weighing us down. So I threw on the flip flops and started hiking up through the woods. 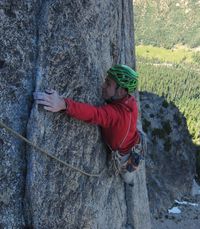 Scott was courteous enough to kick some improved steps in the sun-cupped snowfield below the face, and after some frozen hand-traversing along the edge of the moat, I hopped onto stone below the 1,200' wall of Liberty Bell. The climbing on Thin Red Line was brilliant, with 3 different 5.12 pitches, excellent protection, smooth 5.11 stemming corners, and just enough wet rock and mossy dirt cruxing to make me feel at home. With one rope, one small pack, ultralight wiregate draws, and a dozen cams, we traded leads and freed every pitch. Doing the rappel descent and 2 mile hike back around the mountain in a pair of foam shower sandals elicited some confused looks on the part of hikers and other climbers. I'd rate Liberty Bell's Thin Red Line as THE BEST rock climb in the state of Washington. And whether I'm hiking in 20 miles or 20 minutes, lightweight gear makes the climbing much easier. That's a view I'm not going to be flip-flopping on. 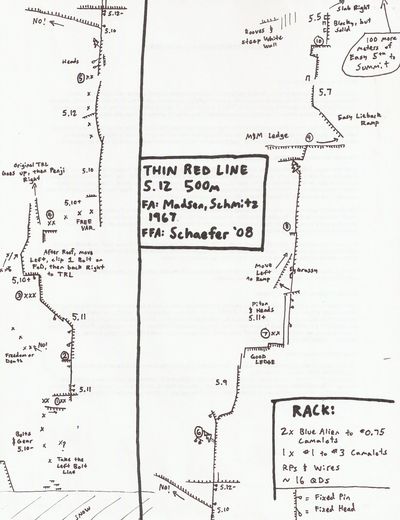 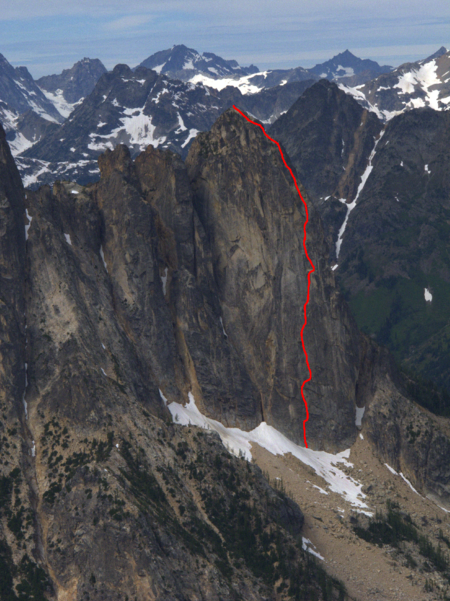