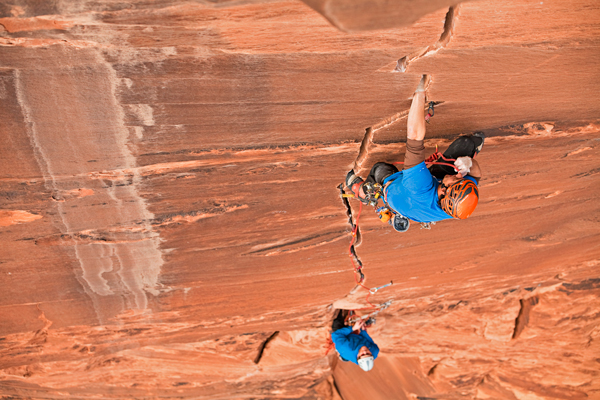 Is that Navajo or Wingate sandstone up there? The question is often synonymous for climbers with this one: do I want to climb that or not? The short answer to this conundrum is always YES! Through a time-proven process of hardening your ass up and gaining experience with both varieties of rock, climbers have been able to open the most compelling free lines in the desert on both types of sandstone. This Wiki from CAMP is an overview of the basic differences between Wingate and Navajo sandstone. Thanks to Rob Pizem for authoring it. Rob is a CAMP athlete well known for his huge first free ascents throughout the West. He is also a high school science teacher and majored in geological engineering at the Colorado School of Mines.

Now … watch this VIDEO of Mike Brumbaugh demonstrating the variability of desert sandstone with an awesome trundle!