Home > Blog > The Making of a Route 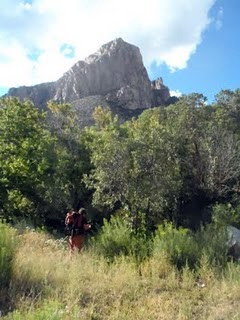 There are cherry lines waiting to be picked. Legendary routes you cannot believe have not been climbed on faces that dwarf the smaller, more popular outcroppings most climbers are content to crag at. Such would seem to be the case in Unaweep Canyon southeast of Grand Junction. But just because the 1,000' Unaweep Wall is bigger, it is not necessarily better. Rob Pizem set his sights on the wall shortly after relocating to Grand Junction several years ago. Two weeks ago he took a stab at it. Big, yes. Bold, yup. Dirty, check. Chossy, sure. All parts of the adventure that go into every new route that eventually gets posted on Mountain Project.