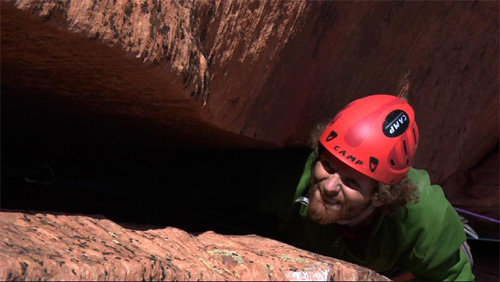 On December 3, at 7 pm come and join Rob “piz” Pizem for a FREE show at the American Mountaineering Center for an evening of sharing photos and adventures from around the globe.

He will focus on climbing in Sweden and Cuba while releasing some inspiring and amazing desert photos and tales of past climbs.

Rob will also be showing his latest short film of a Zion route called Shake That Bear, that he and Mike Anderson freed in the spring of 2008. The film was made by Chris Alstrin, the creator of Higher Ground.